And just when you think maybe people can see it’s a bit more serious than that, along comes Vinyl, Martin Scorsese’s and Mick Jagger’s take on the early 70s American record industry.

I haven’t seen the Sky Atlantic series, because I don’t subscribe to Sky. My cable provider is Virgin, and Virgin refuses to pay the necessary fee to carry Atlantic. So I’ve missed out on a lot of reportedly brilliant drama, from Boardwalk to Game of Thrones to Ray Donovan.

What I’ve read about Vinyl is that it’s either a) a rollicking and accurate rendition of the American record industry in the early 70s, albeit with some script problems; or b) that it’s a ridiculous caricature of how the public thinks the record industry behaved but rarely did.

One way or the other, it obviously reinforces stereotypes and, frankly, we could do without them.

Then up pops Kesha, tied into what looks like, on the face of it, a totally unreasonable record deal. But a US Court didn’t think so, and refused to give her leave to break the terms of the deal and record elsewhere. 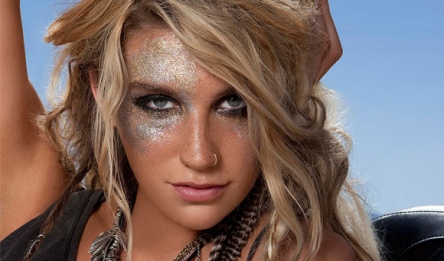 Having lost that battle, we then start hearing accusations that her producer (and boss of the label) Dr Luke abused her, verbally and physically. More, she says he drugged and raped her.

I don’t know if any of this is true. And neither do you.

But that hasn’t stopped the Twitterati going mad with charges that Sony – the ultimate owner of her records – is a ‘rapist sympathiser’.

It does seem remarkable that an 18 -year-old would be advised to sign a record deal (with Dr Luke’s Kemosabe label) and a publishing deal, (with another Dr Luke company, Prescription Songs) that tied her into a situation which, 11 years later, she can’t get away from. I’m told that the initial deal was for eight albums, but as far as I can see only two have been released. Someone is doing something wrong, and someone is lying.

I can tell you, hand on heart, that I would never let the pop star who lives in my house near such a deal. The idea that one individual has one hand in your recording pocket, the other in your publishing pocket, and is also your producer – well, someone steered Kesha wrong. Or Dr Luke gave her a ton of money, enough to make her not care one way or the other.

All I can observe is that, generally speaking, courts tend to look with sympathy on young artists who have signed unsuitable deals. That would usually go double when, 11 years down the line, things have clearly broken down.

And I might also observe that if Kesha had taken the allegations of drugs and rape to court, and won, her contract would instantly have been rendered invalid.

But what with Atlantic’s fictional Vinyl, and the all-too-real life Kesha case, the public is once again fed a diet of record business exploitation and excess.

As the music business and, more particularly, artists fight to wrestle back their right to earn some money from their efforts, this is exactly the kind of jiggery-pokery tabloid fodder we could all do without. Well, apart from the public who clearly lap this stuff up before turning to Twitter and Facebook to make their uninformed observations.

You couldn’t make it up. And in this instance, you don’t have to. More’s the pity.

I wrote my first tune when I was 11, my first song when I was 14. I started in journalism when I was 17. I had a top 10 hit record with Car 67 (I was Driver 67) when I was 29. So this blog has been a long time coming, partly because the internet hadn't been invented back then; but largely because I stopped writing music in 1984, due to a creative block. After many faltering attempts down the years, I managed to break the block in 2010. In 2012, I released my first album of all new material in nearly 30 years.